Why is the smaller size pogopin connector more advantageous?

The application of POGO PIN in electronic equipment is very extensive, not only mobile phones, but also many engineering equipment need to use POGO PIN. With this connector, accessories can be replaced at any time to enhance the use of functions. In the future development, POGO PIN is a very important connection device, which greatly facilitates the performance of the device and achieves multiple functions. POGO PIN is often used in some places such as precision equipment. This kind of connector can facilitate the connection of two connectors, which is very convenient. Therefore, this kind of accessory is particularly popular and is also a necessary equipment. Now this product has a total output of more than 10 billion yuan in China, but from a global perspective, it still accounts for a large share of more than 40%. It can be seen that the domestic market for POGO PIN products is huge. 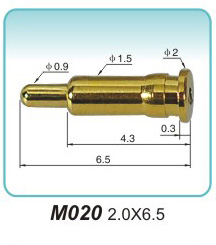 Second, the working frequency and duration of POGO PIN:

With the continuous development of science and technology, smart devices are becoming more compact, more functional, and more changeable in appearance. Therefore, the volume and precision of the POGO PIN have high requirements.

Fourth, POGO PIN can be waterproof and moisture-proof:

Many electronic devices now regard waterproofing as a selling point, and POGO PIN has this function. In the development, the waterproof and moisture-proof functions of POGO PIN manufacturers will do better.

The positive force of POGO PIN working point is greater than 60g, and the holding force is stable at 0.5kgf/pin5.3. The thimble also has shock resistance. The thimble has a vibration frequency of 10～500HZ for 15 minutes, an amplitude of 1.2mm, power failure does not exceed 1μsec, and a contact impedance of <100mOhm.