The difference between connectors, terminals and pin jacks

The difference between connectors, terminals and pin jacks

1. Connector, also called pin jack connector. It is a component that electronic engineering and technical personnel often touch. Also called pin jacks, plugs and sockets. Usually refers to electrical connectors. That is, a device that connects two active devices that can transmit current or signals.

2. Terminals are used to realize electrical connection as an accessory product, which is industrially divided into the range of connectors. The terminal block is used to facilitate the connection of wires. In fact, it is a piece of metal enclosed in insulating plastic with holes at both ends to allow wires to be inserted. Terminals can be divided into WUK terminal, extension terminal series, plug-in terminal series, etc. 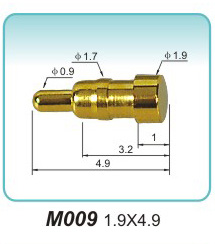 3. The pin jack is a positioning connector for connecting electronic circuits. It is composed of plug-ins and connectors. Under normal circumstances, it can be completely separated. The same point of the switch and the pin jack is to change the contact state through its contact. The conversion purpose of the connected circuit, therefore, the pin jack is also called a connector.

1. Connector = pin jack is the first category, and terminal block is one of the "connector" categories.