What is a probe

What is a probe? The probe is actually a high-end precision electronic component, which is mainly used in electronic products such as mobile phones for connection. The test probe introduced in the article is equivalent to a medium. The head of the probe can be used to contact the object under test during testing, and the other end can be used to conduct signals and transmit current. The probe has a variety of different head types, which can be used to deal with different test points, such as pointed, sawtooth, and flat head. 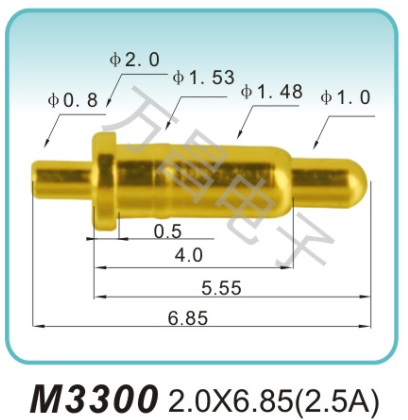 What is a probe: probe manufacturing

After understanding what a probe is, let's talk about probe manufacturing. The probes are made by a special process, and the surface of the probes is usually plated with gold during the process of manufacturing the probes, which can better improve its electrical conductivity and corrosion resistance. The probe has a long life, can be used continuously, and the cost is not high, so it has been widely used in electronic testing and has a relatively important role.

In electronic testing, there are high requirements for the selection of probes, and the emphasis will be on how much current the probe can carry, the adaptable spacing value, the adaptability of the head type and the object under test, and so on. In the process of electronic testing, if the probe is used improperly or its performance does not meet the requirements of the test, it is easy to cause damage and affect the stability of the test. Therefore, the performance of the probe is very important.

What is a probe: the types and functions of test probes

What is a probe? In electronic testing, there are two types of probes: shrapnel microneedle module and Pogopin probe module. Both of these probes are used to test connector modules such as mobile phone batteries, screens, and cameras.