The impact of poor use of pogo pin on the product 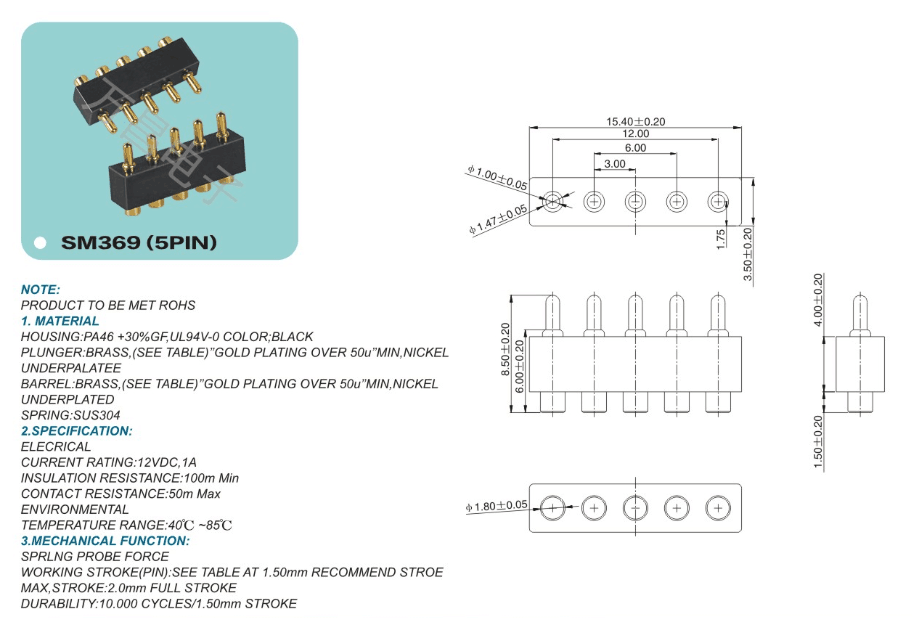 2. The fineness of the pogo pin

Under normal circumstances, the thinner pogo pin will be shorter, so the life of the normal pogo pin is close to the theoretical life given by the manufacturer. In view of the good maintenance of the fixture, and the high cleanliness of the board for the fixture test, the test is performed according to the specified stroke of the pogo pin, so that the frequency of replacement of the pogo pin becomes low.

3. How to use pogo pin users

In addition, the use of gold-plated pogo pin surface is beneficial to enhance conductivity. Ordinary manufacturers generally choose SK4 material, which has a high-performance spring with an average life span of 30,000 to 1 million times. In fact, many manufacturers will not give the life of pogo pin. A clear answer is given because there are many levels of pogo pin points. As customers pursue cost calculations, domestic products will also be divided into common materials and imported good materials, and imported products will also have many imitations in the domestic market. No matter which level of pogo pin it is, ordinary manufacturers are afraid to give customers a specific service life.