The characteristics of pogo pin connector are thin and small 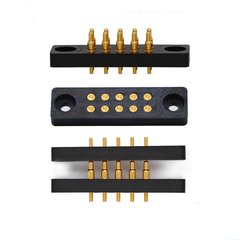 4. The connector is easy to install;

Electrical failure generally refers to a problem with the connection between the wire and the terminal, which is also a factor that directly affects the service life of the pogo pin probe connector. In order to effectively solve this problem, there is now a new type of reinforced crimping technology, which is an upgraded version of the previous crimping technology. After testing, this technology can reduce the occurrence of electrical failures to a great extent, and it has gradually been applied in actual production.