Why do connectors need to be plated with a surface layer? 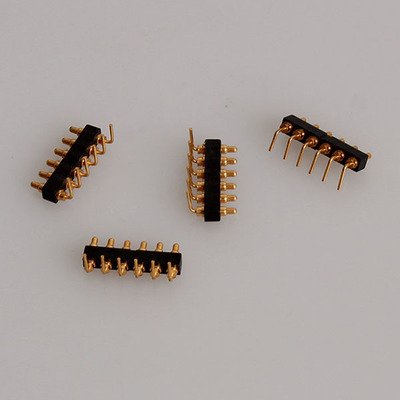 Manual and wave soldering do not apply excessive heat to the case. Pogo pins. Terminals require insert molding. The basic specifications of the waterproof spring connector include a current rating of AC/DC 12V 2A, an operating temperature of -40oC - +85oC, and a rated endurance of 100K cycles. It is also possible to further customize spring loaded connector solutions to meet specific design requirements, environments and needs.

Applications for waterproof connectors include data collection terminals, data communication devices, wireless devices, mobile GPS devices, and any other type of device that docks within a charging station.