What is the scope of action of the spring thimble 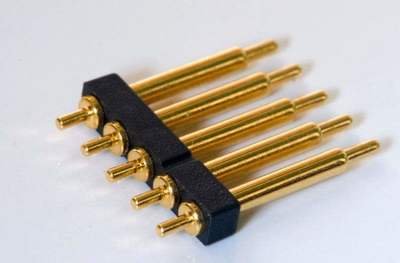 The pogo pin and the pogo pin are a kind of electronic hardware that can be compressed and electrified by the three basic components of the needle shaft, spring and needle tube assembled, riveted and pre-pressed by precision instruments. The version has various functions such as AC/DC power supply, micro USB, computer adapter, audio plug, RJ45, etc., and realizes waterproof, safe, convenient and direction-independent charging (positive and negative charging).

Most of the current of the pogo pin is connected by the male and female, so that the pogopin of the pogo pin is compressed to make it conduct electricity. During the use of the product, the elasticity, impedance, and compression of the spring play a major role, such as the immature process, or the interior of the spring. The friction force and resistance of the structure are large, so that the spring cannot be compressed normally, resulting in the final failure to realize the function of the product.