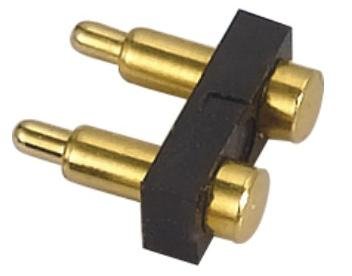 The gold-plating process plays an important role in the electroplating of pogopin pogopins. At present, except for some of the pogopins with material that use selective gold-plating process, the gold-plating in the holes of a large number of pinhole parts is still carried out by barrel plating and vibration plating. . In recent years, the size of connectors has become more and more miniaturized, and the quality problem of the gold plating in the holes of the pinhole parts has become increasingly prominent, and users have higher and higher quality requirements for the gold layer. Even to the point of being very picky, in order to ensure the quality and bonding force of the gold-plated layer of the connector, these common quality problems are always the key to improving the quality of the connector's gold-plated layer. The reasons for these quality problems are discussed below.

1. The color of the gold-plated layer of the pogo pin is abnormal

The color of the gold-plated layer of the pogo pin is inconsistent with the normal gold layer color, or the gold layer color of different parts in the same accessory product is different. This is one of the most common electroplating problems.

2. The influence of impurities in the gold-plated raw material of the pogo pin

When the impurities brought in by the chemical materials added to the plating solution exceed the tolerance level of the gold plating solution, the color and brightness of the gold layer will soon be affected. If it is affected by organic impurities, the gold layer will appear dark and flowery. The position of film inspection darkening and blooming is not fixed. If the metal impurities interfere, the effective range of the current density will be narrowed. The Hall cell test shows that the current density of the test piece is not bright at the low end or the high end is not bright and the low end is not plated. It is reflected in the coating that the coating is red or even Black, the color change in the hole is obvious.

3. The gold-plated current density of the pogo pin is too large

Due to the wrong calculation of the total area of the plating tank parts, the value is larger than the actual surface area, the gold plating current is too large, or the amplitude is too small when vibration plating is used, so that all or part of the gold plating in the tank has rough crystals, and the gold plating is visually impaired. layer redness.

Previous:How to improve the performance of pogo pins Back to list Next:Application of pogopin connector in smart wear.High current uninterrupted electric probe